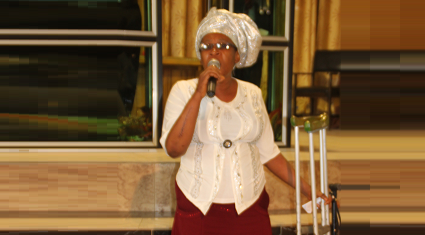 “I WANT to thank our diocesan pastor here in Aba, the district and parish pastors, our women leaders, and the brethren here in Aba, Port Harcourt and Lagos, and all the brethren in several Watchman locations for their support, prayers and encouragement during and after my travail. My prayer is that the Almighty God should bless all of you in Jesus’ name.
Standing before you is Mrs. Uche Udeh from Aba Diocese of the Watchman Catholic Charismatic Renewal Movement. I want to thank God for delivering me from a terrible accident which occurred on December 6, 2010. On that fateful day, I was on my way to Ariaria Market to buy some things with one of our sisters here but before we got to the market, the tricycle (keke) we boarded was involved in an accident. I hardly knew what happened. Suddenly my spirit left my body and I became oblivious of what was happening around me. When the accident happened, nobody knew about it, but a man from Port Harcourt who was repairing his vehicle close to the scene of the accident came around and with the support of some other people helped us to the hospital. At the hospital, the doctors asked him to wait until I regained consciousness and was properly admitted otherwise he would have to take me to somewhere else. The man (a stranger) waited and they began to attend to me. I noticed that I was moving around in the spirit until I suddenly descended and stood there gazing at my body. Then a hand took hold of me and put me back into my body and I woke up. Thereafter, I began to shout and there was joy in the hospital that I had been revived.
The treatment then started in earnest and I remembered the message of our daddy in the Lord, the General Superintendent, which says: “Good From Evil.” In it, he narrated the case of Job’s terrible suffering and how things turned glorious for him afterwards because of his unwavering trust in the Lord. The period was indeed a challenging one but God gave me victory. I was bedridden for a long period of time but today, I can walk without stress! I went through a series of tests and surgical operations. I noticed that they even cut a part of my flesh to graft onto another badly damaged part of my leg. I continued to believe God for my recovery. The situation was such that many gave up hope but the Lord did it for me and today I am alive and well. May the great I Am that I Am, the Miracle Worker, the Creator of the whole universe who has done this for me be highly exalted forever and ever in Jesus’ name.”