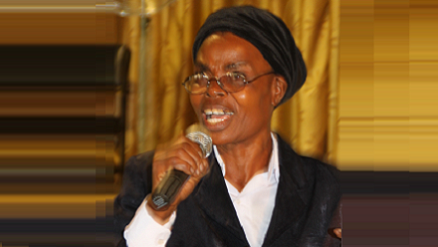 “Thy sun shall no more go down; neither shall thy moon withdraw itself: for the Lord shall be thine everlasting light, and the days of thy mourning shall be ended” — Isaiah 60:20

“PRAISE the Lord! My brethren, I am happy to stand before you today to testify of the good thing God did for me. My name is Mrs. Kate Opara and I worship at Port Harcourt Road Parish of the Watchman Catholic Charismatic Renewal Movement (Aba Diocese). It all started after we got married in 1986. Each time I gave birth to a baby, he would die after one year and two months. This happened on three occasions. Then, in 1993, I gave birth to a baby, and after he was about a year and eight months old, my in-laws sent a message to us (that was in December 1994) that we should not come to the village during the December festive period since each time we came back, we would bury a child and return empty handed. So, it was better for us to stay back. So, that year, we did not travel.
On December 24, since we were virtually all alone in the yard, my husband and I decided to take a walk. As we strolled along the street and came to Ngwa Road, we saw a crowd of people gathered. We didn’t know who they were, but we decided to join the crowd since we discovered that it was a gathering of Christians. What baffled me was that nobody knew me there but God knew me. We arrived long after the meeting had started, and as we entered, they stood up to pray. I removed somebody’s things from one of the chairs and sat down. I clung to my child because, I had this feeling that death wanted to also snatch him from me. As I sat there, the minister spoke by the Spirit of God from the pulpit. He said: There is a couple that had just entered here now with sorrow. They have gotten three male children and had lost them and the present one is a boy and the time of his death is at hand; but because you have stepped into the Watchman Fellowship, the spirit of death has been arrested…thus saith the Lord!
That was what I heard! I wondered and said to myself: So, this is the Watchman? So the Spirit of God is assuring me that my son will not die? I resolved there and then to call him Promise. And that marked the end of my trouble. My son lived! And all the other children I delivered lived according to the Word of the Lord. I was told to always remind God of His Word to me and He would continue to remember and keep us. To God be the glory, since 1994 till now, I have had five children and they are all alive. Let all the glory, honour, power, dominion, adoration and thanksgiving be ascribed unto our God in Jesus’ Name!”