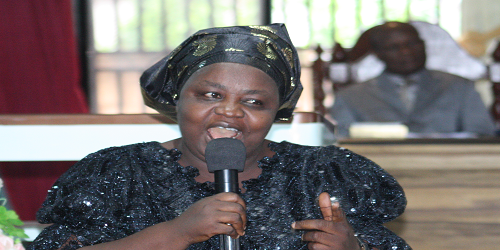 While visiting the Orlu Diocese of the Watchman Catholic Charismatic Renewal Movement in July 2013 to confirm a very startling testimony that had just occurred there, Charismatic Signs also took out time to interview Mrs. Francisca Mpumechi, the Diocesan Woman Coordinator and wife of the Orlu Diocesan Pastor on the special outreach programme she has been organizing for the widows in the area, which has been turning in some really heart-warming testimonies. Excerpts:

4 thoughts on “Why We Are Targeting The Widows – Mrs. Mpumechi”