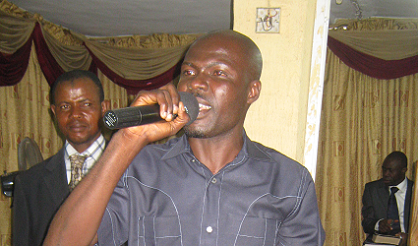 “It is better to trust in the Lord than to put confidence in princes” — Psalm 118:9

It was a case of escaping from danger only to fall into a very terrible problem. Emeka Azu from Olodi Parish of the Watchman Catholic Charismatic Renewal Movement, Lagos, had run into a gun fight between armed robbers and the police. Bullets were flying about but God delivered him. He quickly found a place and hid himself to wait for the shooting to end before continuing to his destination. But the end of the fracas did not bring him the anticipated relief. It instead marked for him the beginning of yet a bigger trouble. Policemen smarting from the death of one of their colleagues, came and pulled him out from where he was hiding and accused him of being one of the armed robbers. He was badly beaten and tortured. Even the crowd cursed and spat on him as the policemen handcuffed him and took him away. While he was in detention, there was a hint about some intention to eliminate him, especially, as the police had neither taken his statement nor made any entry about his arrest and detention. But he continued to pray to the God of the Watchman; and that was how he was miraculously delivered. And so, to show his gratitude to God, he led his family to a special thanksgiving service at Olodi Parish recently where he shared this moving testimony: