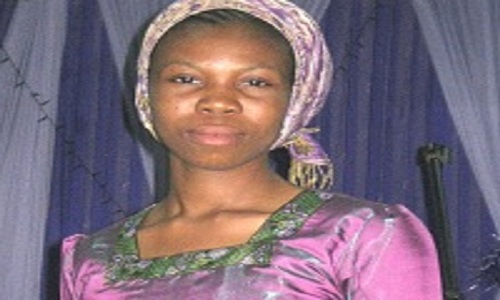 “Enter ye in at the strait gate: for wide is the gate, and broad is the way, that leadeth to destruction, and many there be which go in thereat…” Matthew 7:13.

OGECHUKWU Onyemanze is my name and I worship at the Sari-Iganmu Parish of the Watchman Catholic Charismatic Renewal Movement, Lagos.

I am glad to share with you the testimony of my salvation. Sometime in 2005, while I was living with my aunty whose husband is one of our pastors, God used him to pray for me and a great change occurred in my life.

My eyes were opened and the scriptural text that came to my mind was Ephesians 6:6: “Not with eye-service, as men-pleasers; but as the servants of Christ, doing the will of God from the heart.”

Later, I went back to my parents and in no time, I lost everything I had gained spiritually at my aunt’s place and it was as if I had not received any spiritual instructions at all.

But God being so faithful that He would not want any of His children to perish beamed His searchlight on me and directed me to the Watchman Fellowship Centre, Sari-Iganmu, where I fully surrendered my life to Christ.

Before my conversion, I dressed purely to suit the dictates of my mind, even when I was going to fellowship. I would dress the way I used to when leaving home for church but before I arrived at the fellowship centre, I would remove my earrings, clean up the make-ups and adjust my head-tie  so as to appear moderate and decent.

That was purely hypocritical, but it was my way of life. This continued until I had a dream one night and a voice said to me clearly that I was a hypocrite and that I could only hide my ungodly way of life from man and not God.

until I had a dream one night and a voice said to me clearly that I was a hypocrite and that I could only hide my ungodly way of life from man and not God.

There was a particular favour I was asking God to grant me, but it soon dawned on me when I read Matthew 6:33 that what I needed first and foremost was to seek the kingdom of God.

By June 2008, I noticed that God had really dealt with me by saving and redeeming me totally from the hands of the enemy. I began to drop the bad habits one after the other. I threw all my weave-ons and wigs away and told my unbelieving friends that it was all over.

They thought it was a joke initially but when they saw the seriousness with which I spoke, they saw it was no use dissuading me, because they realized that indeed, there had been a rebirth and spiritual reawakening in me.

With my new found zeal and love for Christ, the Lord showed me a ministry (Music) to which I belong and God has since been helping me. I am glad that today, I am saved by His grace.